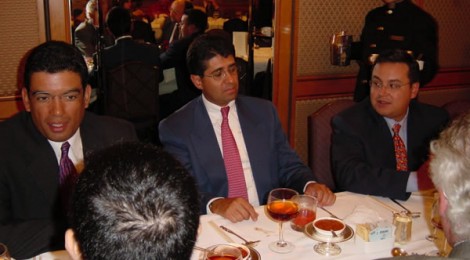 I’m beginning to wonder whether I intimidate our Sergeant at Arms, for I can think of no other reason why – despite PE David’s calls to do so – he didn’t fine me last Friday, for telling our esteemed President that he looked like an aubergine (the second infraction for which I have escaped a fine). Perhaps he agreed with me, although I did mean it as a compliment!

We were very pleased to welcome back PP Gilbert, who brought with him no fewer than 5 guests – surely a record, as he himself pointed out. His guests were his partner Alex Lui, good friend Ian Petersen (not his first visit) and 3 business guests from Mexico, Messrs Enrique Amaro, Jose Manuel and Augustin Verasquez. Bienvenida senores! 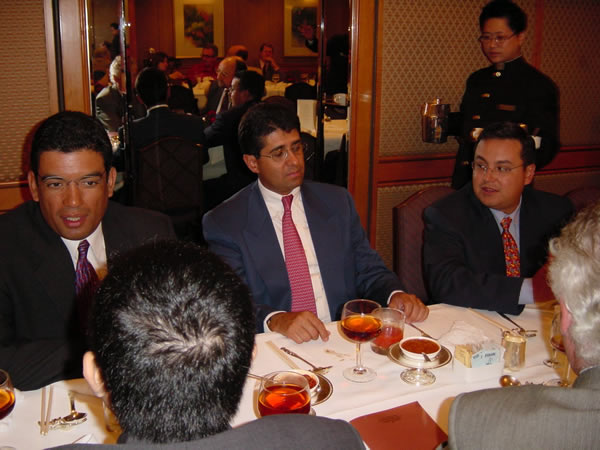 PE David was then very proud to reintroduce us to his “Number One Daughter” Asia, who is back home for a week before returning to school in the UK. Poor Asia had to endure PE David showing members an old photograph, which I thought was very nice, but which Asia clearly would rather have seen the back of! 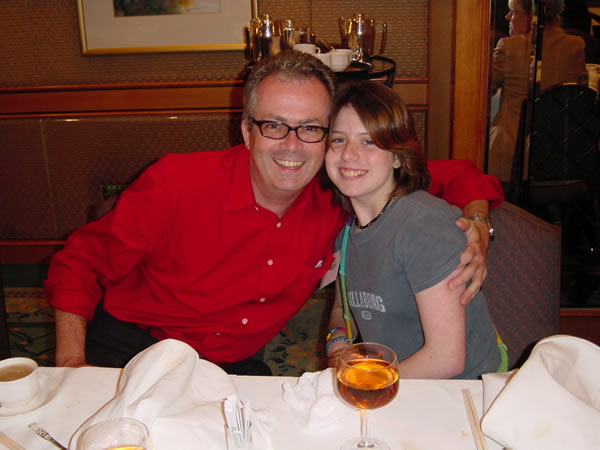 Our Sergeant at Arms reported that this week, donations and fines for sundry minor infractions, totalled HK$580.

President Ramesh then presented a belated birthday gift and members sang to a beaming PP Patrick, who was unable to be with us the week of his birthday.

Finally, President Ramesh invited PE David to talk to us about the 2001 Trailwalkers Event, about which you will find a report under Members News.

Last Week’s Speaker (26th October): was Mr Les Whittle, Executive Director of Holt China Children’s Services – a non-profit adoption and child welfare agency working in mainland China. Les and his wife are originally from London and have been in Hong Kong since 1989. Holt, which stated in the 1950’s in Korea, has been in operation in China since late 1994, facilitating adoptions for about 400 Chinese orphans a year as well as financing and managing a number of welfare programmes, in cooperation with the Civil Affairs Office and China Centre for Adoption Affairs.

Historically there have always been abandoned children in China. Sons continue the family line and are permanent members of the father’s family, whilst daughters marry and “belong to other people”. If you are a subsistence farmer, a son will help in the fields, especially when you get older. When he marries, he looks after his mother and father, as does his wife. A daughter, on the other hand, looks after her in-laws.

Both financial and social issues were therefore the traditional reasons for abandonment, but now financial hardship is thought to be the main reason families are giving up their children, especially in the rural areas. Enforcement of ‘One Child Policy’ in early 1980’s increased the number of abandoned girls entering orphanages – 90% of abandoned children are girls, with one third abandoned within the first 2 months of life.

Orphanages in China had a bad reputation in the early 90’s, deservedly so, but things have greatly improved with many orphanages open to accepting assistance and guidance. Consequently, 86% of the children in orphanages are healthy resulting in orphanages becoming fuller due to improvements in health care which, in turn, cause a fall in the mortality rate.