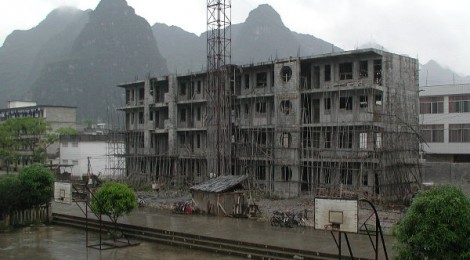 We had a reasonable turnout last week with almost 50% attendance – but we can do better! Some of our members are still away after the Easter break. Our guests included two Rotarians from Bayview Sunshine club, President Sally Ho and Rotarian Sophie Chen. Hon Secretary Chris also brought along George Cheng, who is well know to most of the members for his kind and considerable assistance in the New Schools project. The final guest was our speaker John Dindlebeck from Alcatel.

Speaking of the New Schools Project, things are progressing nicely. 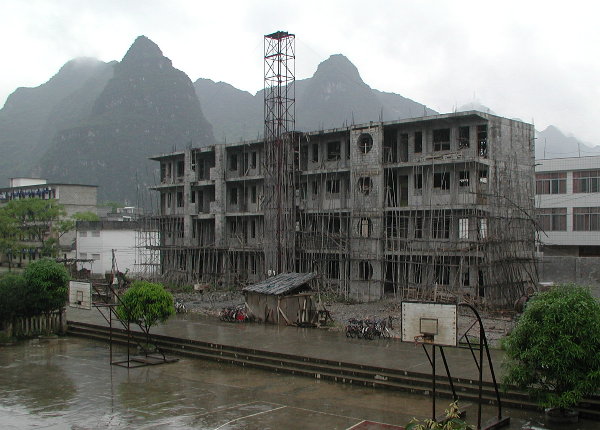 This was how it looked a few months ago 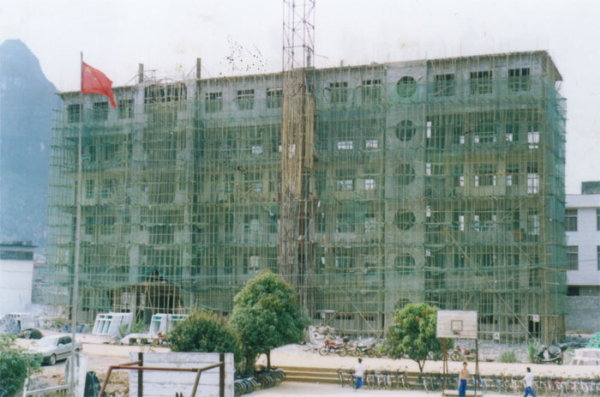 Here’s how it looks as of a few days ago 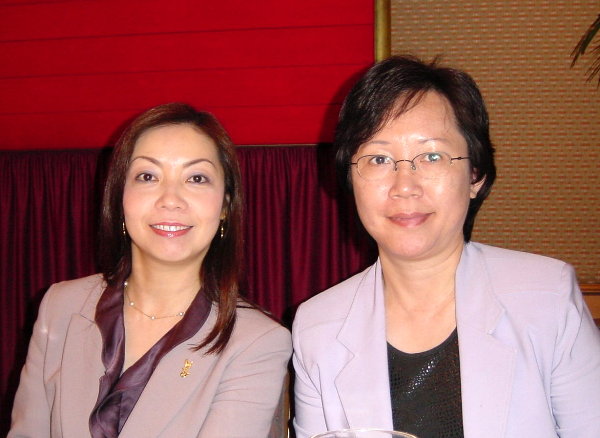 President Ramesh opened the meeting with some announcements including:

1. The sad passing of PDG Joseph’s father. The club members expressed their collective support for PDG Joseph and President Ramesh gave details of the funeral to be held on Sunday 14 April.

2. The upcoming District Assembly for which our minimum attendance requirement of eight has been met.

3. The District Tree Planting day to be held on 21 April. IPP Bill mentioned that Camp Quality would be taking along a group of 50 or so to this event.

4. The fellowship evening to be held at the Viceroy restaurant on Friday, 26 April. While initial response had been moderate, a form was passed around at the meeting and a number of Rotarians added their names to those attending. After consulting with the members present, President Ramesh announced that the luncheon meeting scheduled for that day would not be held and the evening fellowship would constitute the day’s meeting. 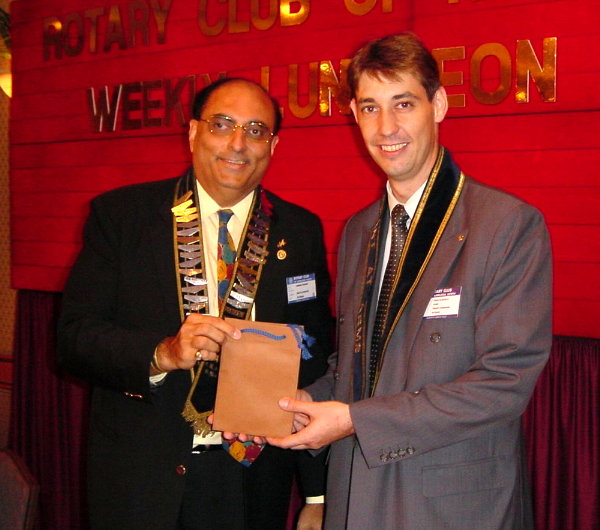 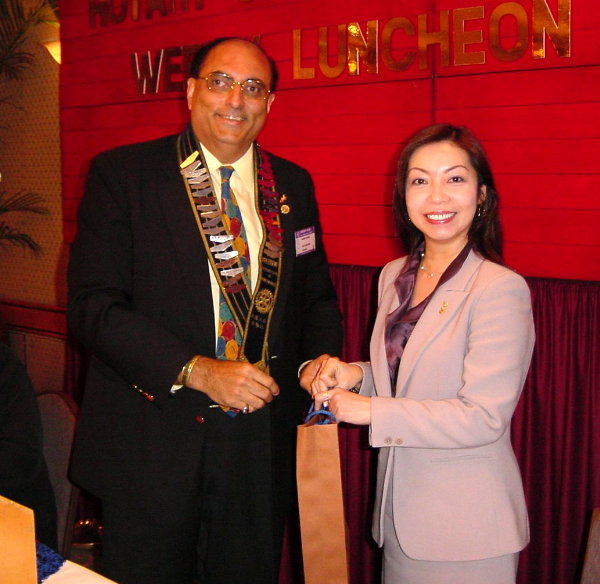 IPP Bill passed around a set of photos taken at the Camp Quality Easter Camp which had been held on the previous week-end at Sai Kung. This was a most successful camp with around 150 campers and volunteers in attendance. Highlights included a lengthy session with the Camp Quality hot air balloon aloft (weather has not always permitted the balloon to be used), and a special presentation to Professor Patrick Yuen of the Children’s Cancer Centre at Prince of Wales hospital. 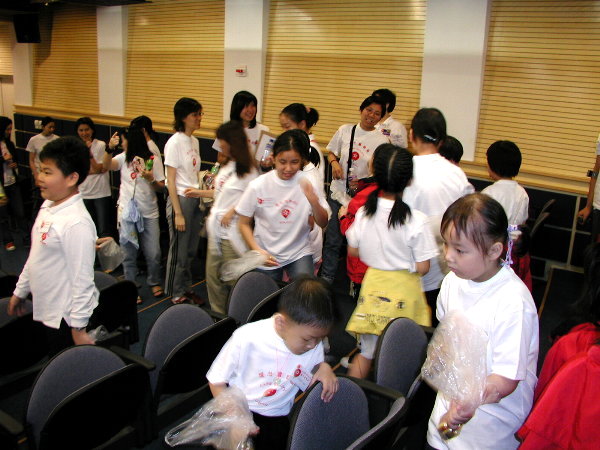 On the Saturday morning of camp, the balloon went up at least 25 times with all campers and their supporters having a chance to experience the thrill (?) of rising above the crowd. Fortunately, the rain held off until the very end, at which time it bucketed down resulting in President Ramesh, PP Bruce and the wonderful volunteers from the Balloonists Association getting very wet while they packed away the balloon.

Friday evening had seen Professor Yuen treated to a series of musical performances by a number of the children he has treated at Prince of Wales over the years and some impressive mementos were presented to him by the children and Camp Quality.

PP Bruce also told the members present about an outing where four Camp Quality children had been taken for a sail by the crew of the maxi-yacht Helsal II on the eve of the start of the recent China Sea race.

PP Bruce also reminded members of the “Camp Hollywood Awards” evening to be held on 18 May at the Hong Kong Football Club. This is the club’s major event of the year and promises to be a night of great fun and fellowship.
VP Nic introduced the speaker, Mr John Dindleback of Alcatel whose topic was “Telecommunications Directions”. 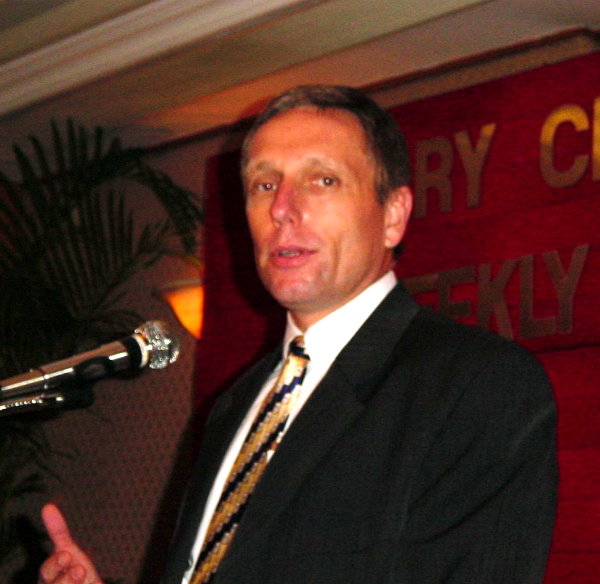 Mr Dindleback began by referring to the current economic situation and the “recovery” supposedly happening. He told the members that the telecommunications industry is not seeing any recovery at present.

He then proceeded to relate a history of “what went wrong” in the telecommunications industry beginning with the efforts of MCI in the late seventies to establish a microwave network in the United States and to undercut AT&T. A court case between the two companies resulted in the break-up of AT&T and the entry of a large number of competitors in the resultant open market.

In an insightful discussion of the path the industry and the major players have taken through the “roaring 80s” and the 90s – also a period of growth in the telecom and associated internet industries – Mr Dindelbeck gave members some basic knowledge of the way the internet was born as a multi-service carrier medium.

There have been many mergers of major carriers but not all have done well – in fact, some are pulling out of ventures and out of regions while some have failed completely. The main reason for this was overbuilding the networks.

The industry is now set for another period of growth – but at a more sustainable rate.