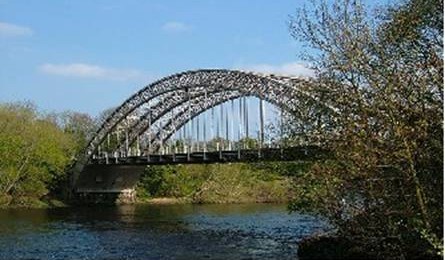 as our members have all been quite busy these past weeks – with IPP David now in charge of even more work at SwireSitaWasteServices and Nick helping his 89 year old sister back in the UK to move to Swaziland (since she was still living in the house that Nick was born in she decided it was time for a change and needed some help with the heavy lifting) – as hardly anyone has been around for quite a while we took the leisure part of this luncheon to discuss project proposals to sound the attendee’s minds. Remarkably, the flabberghasting display of glamour in the recent parades to celebrate the People’s Republic’s 60th anniversary had led to some countries’ decision to cut down on charity spending in China and we ourselves had to admit that, even though there seemed to be a geographical logic for us to focus on China, there are worthy cases everywhere in the world, and most particularly in Malawi, according to PP Maureen – from all of which it was clear that we urgently needed to try again to have a project board meeting.

Disovering other parts of the world was something of the motto of today’s luncheon as became obvious when David Lindsay made for the lectern to give his speech about his home town Wylam in Northumberland. Read, learn, marvel and enjoy –

The new Sampan again has 2 Sections:

By nature and mentality always a bit of a spoilsport, President Tibor, with a poor record of contributing, had meanly taken away 70% of David’s presentation in his 4-line invitation to the event, calling Wylam „a small yet important timeless little village in the lyrical county of Northumberland, about 10 miles west of Newcastle upon Tyne“. And while it is in fact small enough to list all citizens on its dedicated Wikipedia page, David elaborated greatly on the President’s remark that his hometown had „a staunch tradition of producing one celebrity each century – the most recent examples being civil engineer & inventor of the railway George Stephenson (1781-1848) and architect Archibald Matthias Dunn (1832-1917), not to mention „Briggflatts“ poet Basil Bunting and novelists Antonia Byatt & Margaret Drabble.“

So one wouldn’t have inferred from the invitation that Ms Drabble was in fact the younger sister of Ms Byatt – and any stroll to the local Dymocks will provide the curious with tomes and tomes of voluminous novels created by both ladies up to today.
David didn’t quite get through detailing too much about Basil Bunting who, as a modern poet and with a none-too-easy to read diction, rankled with some of the attendee’s understanding of proper versification and was thus drowned in rather prosaic dint.
And much was added about George Stephenson: he built the first public railway line in the world to use steam locomotives and is therfore known as the “Father of Railways” – on top of which he invented the Davy Lamp, using trial and error, as it says (this means a safety lamp that would burn without causing the explosions usual in miner’s lamps at that time). This lamp is named after Sir Humphry Davy who claimed that Stephenson stole the invention from him. But according to David, his fellow citizen had honestly invented the lamp on his own and people from Wylam were traditionally incapable of any dishonesty whatsoever – a claim hard to challenge with a proven exponent of the place such as our man David hulking on the podium.

A dignitary who had eluded the President’s pre-empting ignorance was Sir Charles Algernon Parsons (1854-1931), of whom three things need to be said: 1. he invented the steam turbine, 2. He has no relation whatsoever with the fatty extreme end portion of the tail of a fowl when cooked, otherwise called „Parson’s Nose“ by some in the auditorium and 3. he founded a company that is now part of Siemens. Parsons once shamed the Royal Navy at Queen Victoria’s Diamond Jubilee Fleet Review off Portsmouth by whizzing past them in his yacht „Turbinia“, thus winning a contract to equip british battleships, making them the fastest ones bevor WW1.

Now that we were familiar with most of the people, David took us on a romp to Wylam’s most exiting landmarks, starting with the proudly disproportionate number of four pubs. However, the conclusions he drew from all those pub’s – that people in the north liked to drink – was fiercely contested by a faction of expats from equally tiny villages in the south of England and it seems fair to infer from both the figures mentioned in evidence as from the manner in which they were presented that folks in the entire UK have a penchant and care strongly about their drinking dexterity – a good example why an introduction to a county’s parts will always lead to a greater knowledge of the entire country. 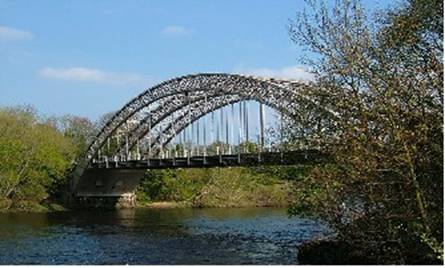 Wylam now even stunned the hard to baffle Australian faction of the audiance: its Railway Bridge of 1876, also known as Points Bridge, looks exactly like the only man-made landmark of the fifth continent (even though there was angry opposition from some inititates that the resemblance to the Sydney Opera is quite a stretch)! And in fact, the design of the bridge was so modern, it paved the way for new developments in bridge building like Newcastle’s Tyne Bridge in 1928, and, you guessed it, the Sydney Harbour Bridge of 1932.
David has saved himself a fortune by crossing the wrought iron compression arch suspended-deck of Points Bridge as a boy rather than spending several thousand Australian Dollars to do so in Sydney as a grown up tourist, though he admits, both ventures are driven by quite an identical amount of stupidity and an uncondonably juvenile approach to risk.

After thus besting Australia, Wylam eclipsed yet another world heritage: the Chinese Wall. The presentation ended with a short excursion to Hadrian’s Wall, vainly built in AD 122 to stop Wylam’s locust entrepreneurs and civil engineers from expanding ever further into the Roman empire. As such a totally failed enterprise, the wall is nonetheless remarkable for an as yet never copied design resisting graffiti, which didn’t get the proper public attention as, in the words of Wylam’s most global son, the Wylam people were traditionally incapable of any vandalism whatsoever – another claim hard to challenge with the littly resemblance David bears to any imaginable grafitti-artist – and who else do we know from Wylam, say?

In summary, our excursion to a village that had seemed somewhat dead in the beginning turned out to be one of the most lively luncheon speeches of the year – thanks, in small part, to fellow Rotarian Gilbert, who, as usual, struggled a bit with manners and provided an antiphon of half-related interjections or an arroyo baseline to David’s Tyne-like flow of words. He was affectionately condemned in turn by the congregation to stand up for his own hometown Bath – or Shower – under similarly pro-active participation of the audience at the earliest occasion – next.

Our Treasurer, PP Ian is organising a relaxed BBQ fellowship for members, families and friends on the evening of 15 October, starting 7 pm.
Venue – Royal HK Yacht Club Middle Island Clubhouse
A map and detailed instructions of how to get there are at are to be found under this link: http://www.rhkyc.org.hk/default.aspx?c=310
Menu  – Delicious –

Price  – $400 per person including drinks

2. A Bowling Evening at the Hong Kong Club on Friday 20th November 2009

A Bowling Evening has been booked for us at the Hong Kong Club on November 20th 2009. Further Details to be announced in due course.

3. Stride for Cure on November 29th

As every year, PP Bill Benter has sponsored 40 participants in this year’s Stride for Cure which shall take place 9 am – 2 pm at the Tai Tam Country Park on November 29th – so pleace mark your diaries and get ready to mooooove!

As in the previous year, RCKN’s team of seasoned Golfers Ian Petersen, Bob Lloyd, Bruce Stinson and Gilbert Collins will be sponsored at 50% of the fee to join this event which costs $2,500 for individuals and $9,000 for a team of 4, including welcome snacks and drinks, green fees and the prize presentation dinner.

Whoever else is interested: The closing date for entries will be 30th October, 2009 and the tournament will be limited to 72 players.
Should anybody else from the Club wish to attend for the dinner: There is a non-golfers entry fee of HK$350.00 per head. For enquiries, please call 2882 1350 or get in touch with any of the four mentioned as the chosen one’s to check for participation.

That’s it for today, folks – more as soon as more has happened and we know it will, as of next Friday, when the next luncheon is due: