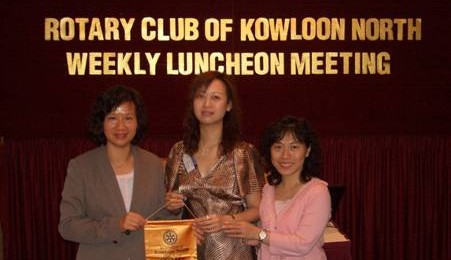 President Maureen reported about the board meeting which was held last Monday. She reported that where membership was concerned, we were 1 ahead of last year, and that new blood was needed. Members were encouraged to try to bring in new members.

Our attendance was not very good! In fact only 1 meeting had 60% attendance in the last 3 months.

PP Bruce would be organizing a Golf day in April and this would include a Fellowship night.

For the May Fund Raising Event, President Maureen and PP Bruce would go and check out the venue this afternoon.

President Maureen announced that we had a cash flow issue. We are a bit low in finance and members were reminded to pay their dues on time.

President Maureen also announced that our club will be funding the little girl in Duan to have cataract surgery. The support requested amounted to $10,000. PP Tommy offered to contribute $2000 to the operation.

President Maureen was away, so PE Angela hosted the meeting today. We had one visiting Rotarian, James Wear from USA. We also had one visitor, Dr Anthony Lee who is a surgeon, and one of PE Angela’s friends.

The speakers for today were Alky and Babe. They talked about TB. Over 2 million people died of TB every year. Half of new cases occurred in 6 Asian countries ¾ Bangladesh, China, India, Indonesia, Pakistan and the Philippines. There is a concern as there are many domestic helpers from the Philippines and Indonesia.

TB is a disease of poverty, and if one infected person is not treated properly, s/he will infect 10-15 person per year. For more information, members can browse the website: www.ha.org.hk/org.antitb 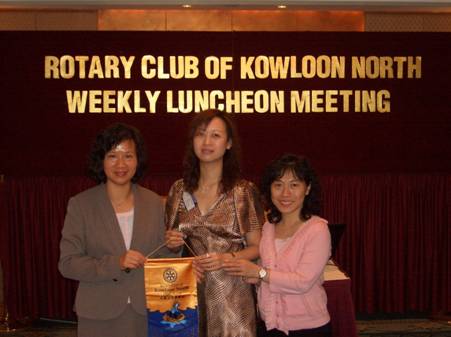 PP Steve thanked the speaker for their informative talk and for their contribution to society.

The box collection today was $600.

This meeting, President Maureen and PE Angela were not able to come, so PP Ian presided today’s meeting.

We had a visiting Rotarian Rainer Jungjohann from Germany.

We had no speaker today, and since all members, apart from Rotarian Pauline, were male, there was a very lively discussion on Golf, Prestigious Clubs and Investment. It was a very relaxed and enjoyable meeting.

Towards the end of the meeting, a few announcements regarding OUR CLUB activities were made.

The box collection today was $800.